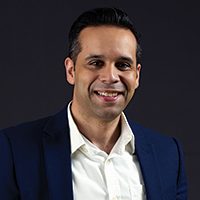 As President and Board Director of Prebid.org and VP of Engineering at  Rubicon Project, Pieter de Zwart has a unique perspective on wrapper technology and the forces driving the evolution of header bidding. Notably, he was among the original group of engineering minds to envision a neutral and level playing field for all buyers in the header bidding ecosystem. We recently spoke with him about the impact of Prebid.org and open-source wrapper technology.

What impact have wrapper solutions and header bidding had on the programmatic industry?

PdZ: The impact of header bidding has been huge. At this point, the industry is trying to rebuild itself on top of this new foundation. The benefits are well known and include improved access for buyers to inventory and improved yield for sellers. We can also do things we never could before (in header bidding) – like PMP Guarantees.

Of course, there are also issues that have arisen around header bidding from the increase in traffic and load it creates. This can impact users’ browsers, exchanges and DSPs. But now we’re moving from the implementation stage to the optimization stage.

As for wrappers, those based on Prebid technology have made it so that we’re all competing in a fair and neutral environment. They have also accelerated adoption,  because publishers don’t have to worry about building the integration code themselves.

One thing that people don’t always realize is how important neutral wrappers are for buyers too. If buyers are going to bid into an efficient and neutral wrapper, they’re going to be more effective in reaching their own goals and can ultimately spend more.

PdZ: In an industry with so many participants, standardization is key to achieving scale. A good example is OpenRTB. Previously, exchanges and DSPs all had their own specifications. This made the integration layer a lot more difficult to manage and it slowed progress. By having a standardized layer, we’re making sure that every exchange is able to compete fairly, and that publishers, in turn, get access to all the available demand.

Companies like AppNexus and Rubicon Project would rather compete on the strength of our platforms than by giving ourselves preferential access through a wrapper. The analogy I use is that it would be imprudent for car manufacturers to require their cars to be driven only on their own roads. The open wrapper is like a common road that everyone can use. It’s neutral and not tied to one manufacturer. With open roads, we can be competing on the quality of our cars.

In fact, the open source aspect makes it so everyone can help build the roads. We have about 200 contributors and 80 companies with adapters. This means the speed of development is unmatched.

Who are Prebid.org’s partners and how does one join/work with them?

PdZ: Prebid.org is really a shepherd of open source tools for all to use. We’re here to establish an environment where people can contribute code and to create what we feel is a fair code of conduct by which everybody should abide. After that, our goal is to get out of the way and enable users.

We offer hosting where necessary, and we’re putting together a series of events andcommunications. We want to ensure that Prebid.org is known as a viable solution for the different market participants.

Prebid.org is a connection nexus for ad exchanges, DSPs, ad quality companies, analytics and reporting. It really runs the gamut within the ad tech ecosystem. Publishers are also contributing actual code and pushing the direction of the organization as a whole.

As for getting involved, there is really no barrier to entry. The great thing about Prebid.org is you can just start writing code. We have published our code of conduct online, and once you agree to adhere to those guidelines, anybody is welcome to write code to be reviewed and considered.

We’re trying to be as open and inclusive as possible. As a result, we’ve seen some really interesting pull requests from around the globe. From the beginning, I’ve been surprised not only by the traction Prebid.org has achieved but also by the great submissions we’ve received along the way.

Within Prebid.org, we also have things called PMCs – Project Management Councils. These are verticals that focus on one individual component within the organization – very similar to the Apache Software Foundation approach.

Right now we have one PMC – Prebid.js – which is the JavaScript wrapper. We expect to have three to four other PMCs within the next month. Those will be Prebid Mobile, Prebid Server, and Prebid Tools. We’re looking forward to members, like PubMatic, helping to lead these PMCs.

The Board is responsible for picking a Chair for each PMC, and after that, the Chair has a significant amount of leeway to move the project forward within the framework provided by the organization.

How do competing companies benefit from working with Prebid.org?

PdZ: We’re just trying to make the pie bigger. If we can all work together on a solution that’s good for the industry, we’re going to get better results for our publishers, for our buyers and therefor for ourselves. That strategy has been proven over time with the advent of OpenRTB and other specifications that have come out of the IAB.

How do publishers benefit when competing companies, such as Rubicon Project and PubMatic, collaborate in Prebid.js based wrappers?

PdZ: We’re going through a new cycle in ad tech. The cycle is predicated on inventory access and competition among the different exchanges. It’s really only sensible for publishers to follow the header bidding trend and make sure they’re not left behind.

With neutral and open-source wrappers, publishers can have access to all these different platforms, gauge the strengths and weaknesses of each, and see which combination of exchanges is going to provide the best result—whether the goal is high yield, quality, service or any other parameter.

What does growth look like for Prebid.org and Prebid.js over the next year?

PdZ: We’re working on a lot of exciting things right now. The first  initiative  in progress is Prebid.js 1.0. It’s going to be the first major iteration of our very popular JavaScript wrapper. Prebid.js 1.0 will focus on providing a much cleaner interaction between the pages and the exchanges, reducing the load on the page and improving synchronization. It will also provide better data collection and reporting while streamlining what information is provided on each of the different bidders within the wrapper.

The second major iteration is going to be the Prebid Server. This fits into the conversation around moving exchanges from pages to the server thus reducing the impact on page performance. I expect a lot of publishers are going to look to that type of integration in 2018. Prebid Server is likely to be at the forefront of those integrations.

We’re also seeing a lot of interest in the mobile vertical, so we’ll see substantial traction there. Prebid is going to provide a single SDK, which will give publishers access to all demand. Instead of having a bevy of SDKs, publishers will just have one. This SDK will be thoroughly vetted and tested for different scenarios. As a result, it is likely to be lighter and more resilient.

We’re also seeing growth around tools and debugging. We really want to focus on all the ancillary systems that make publishers’ lives easier.

Finally, we want to build the community in different geographic areas. New areas will create different events and organizations so people who use Prebid can come and talk together. Everyone will benefit as a result.

What does growth look like for Prebid.js as the open source standard for wrappers in the next year?

PdZ: In ad tech, there will never be a “one-and-only.” However, I do expect Prebid.js to become the core header bidding technology for most publishers. It receives more contributions and more hours of work than any other wrapper out there. It’s completely open and neutral so there’s no concern of it being a black box. There’s a saying in engineering that open source always wins and I expect that to be the case here.

PubMatic thanks Pieter de Zwart for his time and insights into Prebid.org. As an early supporter, we look forward to an open digital media future. To learn more about wrapper solutions and open source technology, contact PubMatic today.