How to Glean Publisher Benefits from PMPs 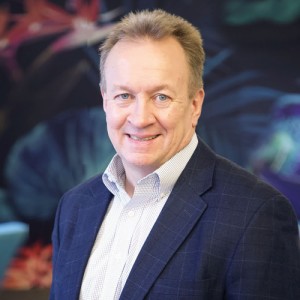 At PubMatic, we get to see common trends across hundreds of publisher partners and there is one area of almost universal disappointment – new revenue from Private Marketplace (PMP) advertising deals. Several years ago, PMPs held great promise in the marketplace. Publishers set up scores of deals and then waited for the ad revenue to pour in.

Most publishers are still waiting. We did a recent audit of PMPs on our platform and found over half of the PMPs that were set up by publishers, without a specific buyer in mind, never had an impression transacted on them. It would seem there is a disconnect in what buyers and publishers are looking for from each other.

Despite the current data, we feel there is opportunity for PMPs—but they come with some expectations for publishers:

We already see many publishers marketing brand-safe, fraud-free and viewable PMPs. But if you think this is enough for PMP success, think again. You’ve just become level with the rest of the field and now need to separate yourself.

What is Driving PMP Success?

PubMatic saw an opportunity in the field to take a step forward and help publishers grow their PMP revenue by packaging and promoting deals that buyers actually want to buy. To facilitate deeper relationships between publishers and buyers in order to build and scale desirable PMP deals, we introduced a consultative PMP selling program.

As of today, we are actively working with a handful of select premium publishers to create smart strategies to stimulate buyer interest and buying of PMPs.

This program is based on a few key tenets:

PubMatic helps amplify publisher efforts in the PMP marketplace. Each program is custom-tailored to the publisher’s needs. We first brainstorm with our publisher partners to understand where they sit in the market today and what their recent PMP efforts have been.

We then collaborate to develop a powerful marketplace proposition and a go-to-market strategy—often with both PubMatic and the publisher having sales responsibilities. PubMatic leverages our relationships with DSPs and trading desks, while publishers work closely with agencies and brands. PubMatic’s ad sales team (called Ad Solutions) becomes a force multiplier in the marketplace, helping publishers develop new connections and building bridges with companies responsible for executing a brand’s campaign.

Typically, a program starts by focusing on one or two advertiser verticals. After building a record of success against them, we then take market feedback and results to refine the vertical strategies and expand the program to more advertisers.

PubMatic and the publisher stay in close contact throughout the process, as two-way information-sharing is a vital element of success.

Where Does This Go?

Working together, the publisher and PubMatic can often be in-market in less than a month’s time, creating new deals and driving incremental revenue from PMP. Most importantly, these PMPs are targeted to high-value advertisers with the opportunity to grow their revenue over time.

Erica Carter, CEO at Livingly Media which is a strong PMP partner of PubMatic, recently stated, “PubMatic has time and again brought long-term growth opportunities to the table for us. We’re grateful for this true partnership and look forward to new features and collaborations in 2018 and beyond.”

Of course, advertiser satisfaction is a leading driver of PMP revenue. The program helps publishers get a better understanding of the broader marketplace, create a unique value proposition to drive advertiser interest, and combine efforts of PubMatic and the publishers’ sales teams to develop a smart go-to-market strategy.

If you are interested in learning more about the program, reach out to us so we can get you set up with a customized PMP program.

Working together, we can make 2018 the year of harnessing the power of PMP.

Make Sure Your Post-Cookie Identity Plan Isn’t Half Baked