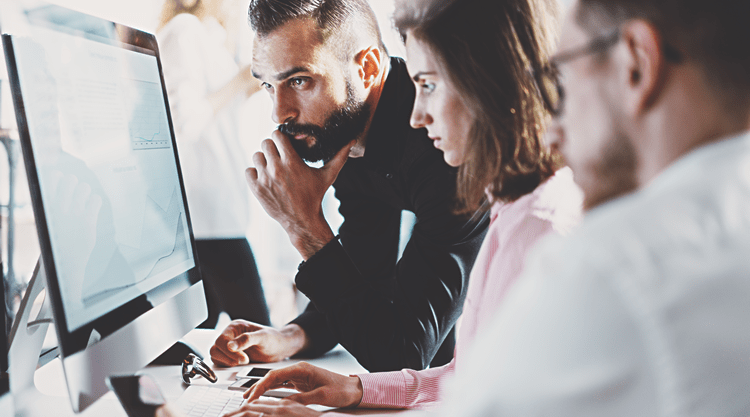 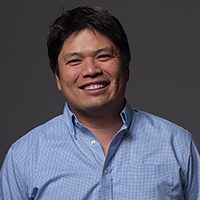 Combating digital ad fraud has been compared to a massive, $16 billion version of the arcade game Whac-A-Mole. Alas, if fighting ad fraud could only be so simple. Moles are easy to spot and not very bright: they pop up, they go down, repeat. In reality, fighting fraudulent bots is more akin to Tower Defense, a strategy video game genre.

For those of you not familiar with the Tower Defense, these are games where relentless hordes (e.g. aliens, ogres, balloons, McGuffins) seek to abscond with your gold and ransack your cities. Your only weaponry is to strategically position defense towers in their path. The hordes come from all sides and can be endless. And, unlike simple moles, the invaders become progressively stronger and more cunning.

When it’s not a game, it sounds like the stuff of nightmares, doesn’t it?  But this is the reality of ad fraud today. Little wonder, then, that the responsibility for fending off this unprecedented ad fraud menace has historically been pushed around to different constituents in the programmatic ad ecosystem. At PubMatic, we made a commitment to take on ad fraudsters early—and often.

In addition to sturdy proprietary technology, we also partner with MRC-accredited Inventory Quality vendors, such as IAS and White Ops, for brand-safety checks and inventory screening across multiple formats and platforms. We collaborate very closely with these companies and view them less as vendors and more as partners, sharing data and feedback. And together, if you’re still—perhaps regrettably—following the Tower Defense analogy, we level up our towers.

Most importantly, we have a dedicated Inventory Quality team who adamantly believes a clean eco-system benefits everyone. We take a rigorous approach to eliminating ad fraud. And our operational processes help us to not only combat ad fraud as it happens but also to prevent it in the first place.

The attacking hordes are relentless, and some inevitably breach the gates, but they are relatively few in number. We set a target fraud rate of 2% by the end of Q3 2017 and we are currently well ahead of schedule. Our display fraud rate has stayed well below 2% since May. 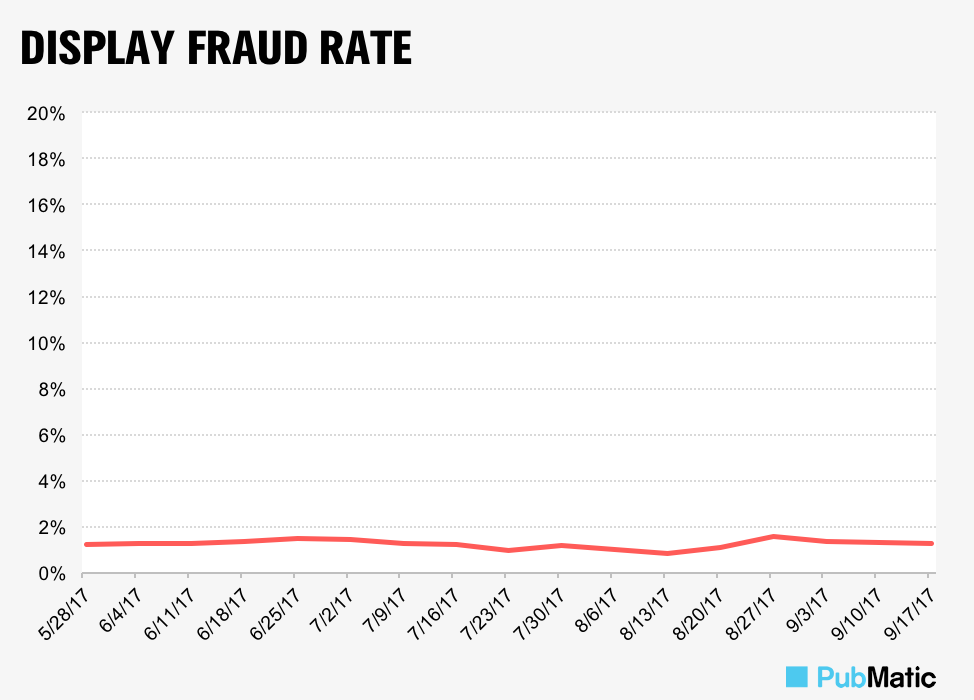 As video is more lucrative, the fraudster hordes are even more nefarious here. In spite of their complicated and inimical tactics to seize more of this emerging format, we have drastically decreased video fraud rates since July and have enjoyed sub 2% fraud rates on average for the past month. 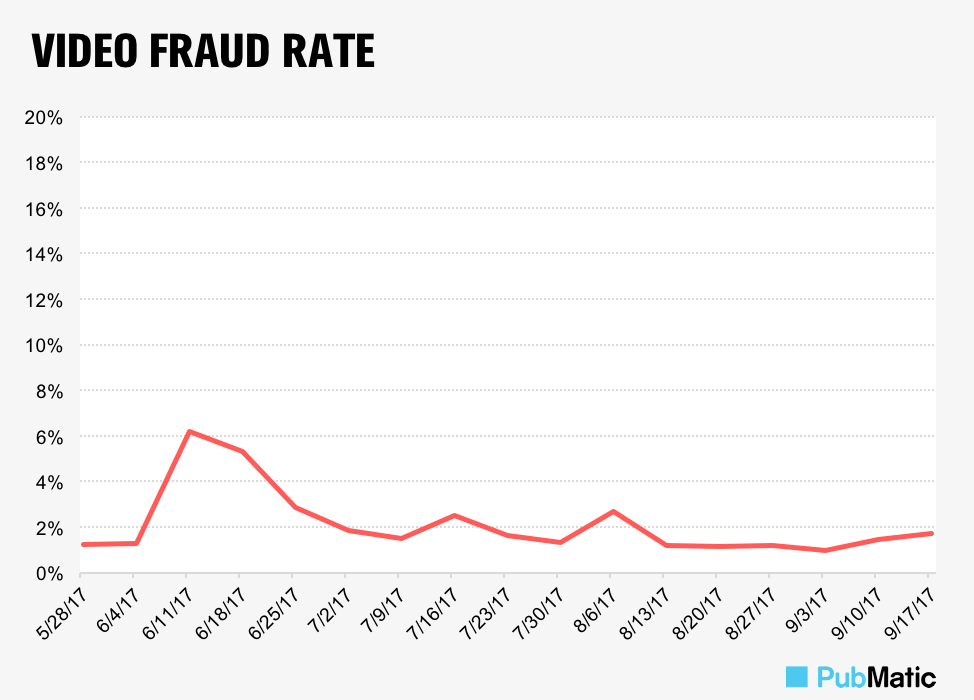 Despite currently besting our Q3 ad fraud targets, we remain ever vigilant. With our publisher-first focus, we know ad fraud goes against our very mission. Every ad dollar spent on fraudulent inventory is a dollar that is not spent on legitimate publishers producing high quality content. So, we will continue to fight the good fight, and we urge all our partners up and down the supply chain to join us in helping to ensure the programmatic ecosystem is clean. In an ad-fraud free world, the good guys benefit.