How to Buy Programmatic in Japan? 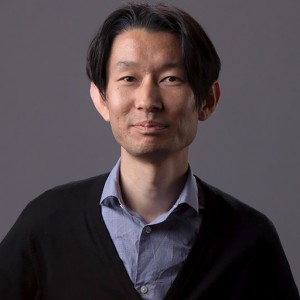 With Tokyo 2020 just around the corner, how should advertisers make the most of their programmatic buck in Japan’s unique digital landscape?

The perils of the Walled Gardens

The first thing that surprises people who are not very familiar with Japan is that the Walled Garden has a solid presence in Japan’s digital advertising marketplace.

In addition to global players like Google, Facebook, Amazon, and Twitter (Japan is Twitter’s second-largest market after the United States,) LINE, a messaging app used by 60% of the population, and Yahoo! Japan, the largest portal site in Japan, generally do not allow inventory access except from their own platforms.

When conducting programmatic buying in Japan, it is crucial to consider which is the most effective way to reach your target audience.

There is also good news. As Japanese digital ad agencies got their start in SEM services, many of them are very cost-conscious, particularly when it comes to achieving certain KPIs such as CPM and conversion rates, per a BCG study. On the other hand, viewability and brand recognition isn’t considered as important. Although these ad agencies have developed very efficient strategies for achieving clicks and conversations, attempts to use digital advertising for branding purposes are such in their infancy. As such, there is still the mentality that while digital is for clicks and conversions, more traditional means such as TV should be leveraged for branding purposes. Because of this goal-oriented mindset, the CPM of premium publishers is generally lower in Japan than in other developed countries such as the United States, the United Kingdom and Australia. For advertisers, this is a dream come true, as it allows them to achieve their goals than effectively than in other countries. From our point of view, there are two main challenges confronting overseas buyers who are interested in conducting programmatic buying in Japan. These are access to good quality audience data and access to good inventory.

With regards to the former, global data exchanges do not necessarily have a large quantity of Japanese audience data. It is vital to get in touch with local players and see if it is possible to make use of their data of the platform that you are using. PubMatic is currently collaborating with some of Japan’s top publishers, with the view to launch a first party data list through DeadID in the near future. Once this project is implemented, advertisers would be able to access high-quality data at reasonable pricing without having to worry about cookie matching issues.

The next issue is inventory. As only a handful of Japanese publishers have programmatic sales departments, it is imperative that advertisers turn to SSPs to get answers to questions such as what kind of advertising slots a certain publisher has, whether ads with a wide reach can be served, or what the expected viewability is. As a top-tier SSP, PubMatic has played a role in making many campaigns a success.

As you’ve seen above, the Japanese digital market, whilst influenced by trends from abroad, has evolved in its own unique way. Even for Japanese marketers, it could be difficult to grasp all of its nuances. With the 2020 Summer Olympics just around the corner, we expect a strong uptick in the Japanese advertising marketplace. To truly connect with Japanese audiences, brands must not only create engaging content but also deliver them to the right people. PubMatic is here to help.

Build vs. Buy? What to Consider When Evaluating In-App Header Bidding Options

Identity: Making 2020 The Year Of Collaboration