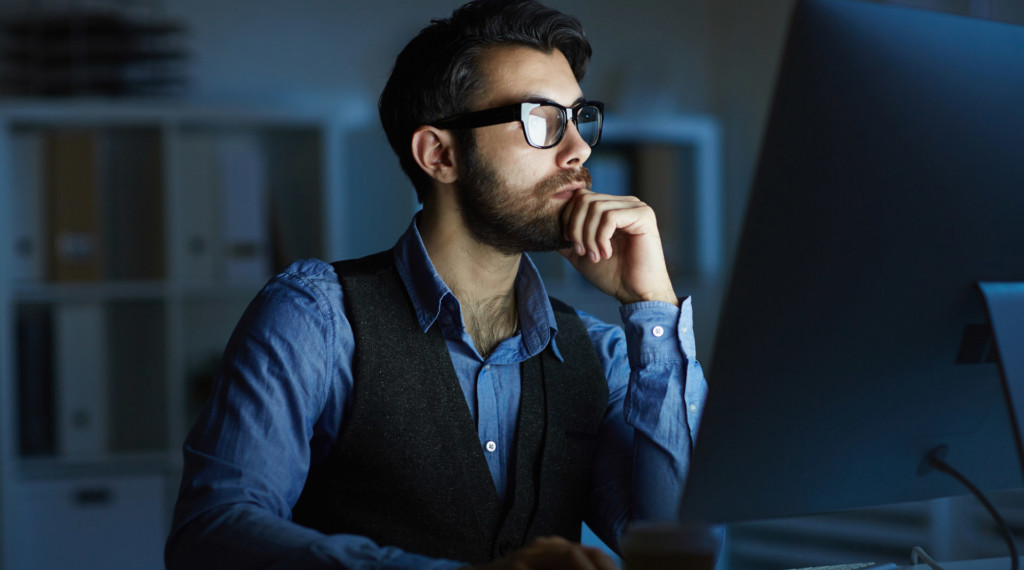 TV advertising is the darling of reach and brand awareness, while digital, on the other hand, is renowned for its ability to deliver precise audience targeting and rapid return on investment (ROI).

The two channels have existed harmoniously for years, each respected and understood by all marketers but planned and bought by specialists in each discipline.

Today, we’re on the cusp of making the previously impossible, possible – creating a channel that offers the reach and viewability of TV combined with the flexibility and agility of digital.

The emergence of connected TV (CTV) opens up a huge realm of opportunities for advertisers. For smaller advertisers, the ability to target small demographic segments makes CTV campaigns cheaper than linear TV making the big screen accessible for the first time.

For larger brands the wider targeting capabilities of CTV makes it possible for them to use the big screen environment to target audiences further down the funnel by buying on a one to one rather than mass audience basis.

Although in its infancy, the connected TV advertising ecosystem is already extremely fragmented. The IAB defines CTV as “Video content consumed on a TV screen, delivered via an internet connection”. This broad definition is broken down into: Smart TVs; streaming media devices (which further breaks down into set-top boxes, e.g. Apple TV and dongles, e.g. Chromecast and Roku); games consoles; pay-tv set-top boxes (e.g. Sky).

Then there is a further set of categories: Over the top (OTT) TV-like content consumed over the internet bypassing broadcast TV but on any device (e.g. YouTube); Video on Demand (VOD) which breaks down into Subscription VOD (SVOD) e.g. Netflix and Broadcaster VOD (BVOD) e.g. ITV Hub. Then there’s a further category Ad-supported VOD (AVOD) which encompasses VOD and BVOD!

Just like a jungle, where many species of animals co-exist each playing a different role resulting in a functional, scalable ecosystem, linear TV, CTV, OTT, VOD, SVOD, BVOD, and AVOD all have a role to play in the future success of TV advertising as a whole.

The challenge is defining these roles, evaluating each against campaign goals, and creating a media plan in which each channel works in harmony with the others.

The differences in connected TV devices, services, and content dictate the type of audience they attract and thus the role they play in achieving the overall marketing objectives. A good rule of thumb is to use linear for reach, CTV for niche targeting, and BVOD and AVOD for incremental reach.

While that may sound simple, the challenge is that each of these channels is bought and measured differently making it impossible to establish a common currency upon which to measure the performance.

Using the example above of linear, CTV, BVOD, and AVOD you’re looking at pricing based on Gross Rating Point (GRP, a measure of the size of an advertising campaign by a specific medium or schedule) and CPM and video completion rate.

At the end of the campaign, it’s impossible to determine a common way to measure performance. One workaround is to buy both linear and CTV through an aggregator but then you lose out on the value of buying direct i.e. access to audience data, and therefore, the campaign may not achieve its full potential.

At the moment, around 95% of CTV supply is bought on an IO basis with all the comforts that come with a fixed price attached to it. Both the buy-side and the sell-side want to shift to programmatic buying and leverage the benefits of header bidding and unified auctions – specifically, lower cost and more data for targeting.

Again, without properly defining where CTV fits in the media plan, it’s difficult to make this shift, especially if you’re still trying to measure against GRP.

A further challenge for multi-market brands is that the TV/CTV landscape is different in every market. While to an extent that is true of every channel, the differences are much more pronounced in TV/CTV.

The UK and Belgium are relatively advanced driven by the high penetration of a small number of set-top box providers like Sky and Virgin Media which means that the technology infrastructure required to scale CTV is already in place. Meanwhile in Germany, there is a much higher prevalence of Hybrid broadcast broadband TV (HbbTV, a global initiative aimed at combining the broadcast and broadband delivery of entertainment services to consumers).

HbbTV is powered by middleware which offers the advantage of aggregating linear and CTV, the major disadvantage is that it is estimated that there are more than 50 manufacturers of HbbTV devices (Eurofins) which presents a big interoperability challenge.

The landscape is different again in the highly-populated US and Russia. With one common language in each, and one set of competitors to overcome, it has been much easier for the likes of Roku and Samsung to enter the market and gain traction.

In Europe, those players are facing an uphill battle to enter and scale simply due to the fact that there are multiple languages and localised competition.

Italy is emerging as a leader in CTV after becoming the first market to introduce standardised, certified measurement creating transparency and driving up confidence in CTV. Another upside of this standardised measurement is it allows CTV to stand up more effectively against the walled gardens.

Finally, we’re seeing smaller markets like Sweden and Denmark emerging as innovators in targeting and measurement techniques. This is down to the fact that those markets have relatively small populations making development and testing cheaper compared to the US or the UK who are the traditional digital innovation hubs.

How to set up for success

The new TV/CTV landscape is undoubtedly complex and will require trepid exploration, experimentation and collaboration. To get to a point where marketers can plan and buy in a video media neutral way we need to prioritise five things.

Whichever way you look at it, CTV is arguably the most complicated advertising ecosystem out there. That said, across the industry, everyone is providing a sense of hope and opportunity.

There will be changes along the way and more external factors will undoubtedly come into play, we currently have a plethora of imperfect choices, it’s our job to collaborate, use what we have learned from digital and linear TV and forge the way forward.