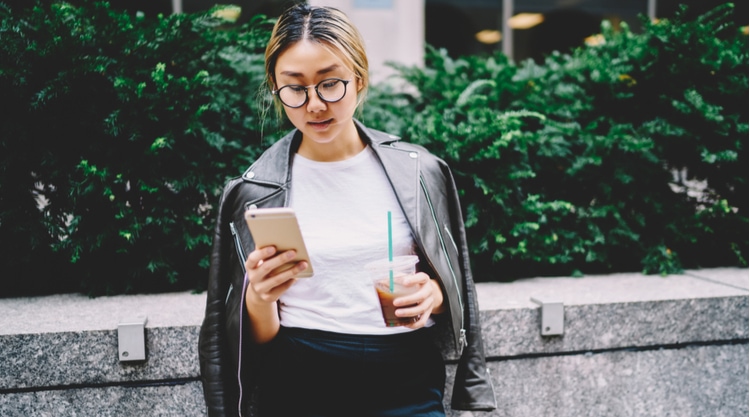 Mobile Growth and the Opportunities with In-App CPMs 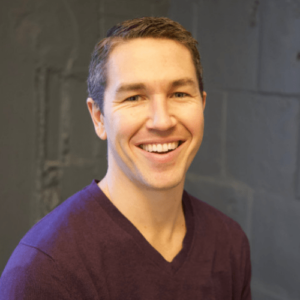 We’ve all seen the stats—consumers spend a lot of time on mobile devices. As a result, digital advertising budgets are shifting to follow the eyeballs with media buyers allocating about 44 percent of budgets to mobile in-app and mobile web advertising.

However, as an industry, we often refer to “mobile” as a catch-all to cover both mobile web, which is time spent in a mobile browser (i.e. Android, Safari), as well as mobile in-app, which is time spent in a mobile app (i.e. Snapchat, ESPN).  Thus, to broadly speak about the mobile growth is somewhat misleading.   The real growth is the increase of in-app time. eMarketer reports that 90% of time on smartphones is spent in-app. For the purposes of advertising, though, not all of it is addressable.

On PubMatic’s platform, at the end of 2018, 80 percent of our mobile impressions were in-app. Based on these numbers, you would expect spend to be approximately the same proportions, right? That is actually not the case.

Mobile in-app revenue represents just 44 percent of PubMatic’s total mobile revenue.  That’s a far cry from the 80 percent of mobile impressions.  So why are mobile in-app CPMs cheaper than mobile web, despite the opportunity for advertisers to command consumer attention within apps?

The Rationale for Low In-App CPMs

There is a historical reasoning around why buyers are not willing to pay more for in-app advertising, and I’ve outlined three primary points below with corresponding counterpoints.

Lack of premium inventory: Gaming apps were the first mobile apps to achieve scale.  Advertisers came to associate in-app inventory with games, some of which were incentivized or grew through auto-posting permissions within social feeds (e.g. Facebook spam).  Even though consumers have shifted usage and attention to mobile in-app, the perception of mobile app as “less premium” persists.

Fraud: Mobile in-app has had a higher fraud rate than desktop or mobile web environments. Mobile app developers have a lot of flexibility in the display of ads and how fraud verification systems can interact with the app. Some of the gaps in security came to the forefront recently with the Drainerbot fraud

Viewability: Mobile app viewability requires a software developer kit (SDK), which is more complicated than just dropping a pixel. Or they rely on rich media formats such as MRAID or VPAID which support 3rd party viewability vendors. However, these formats can introduce larger file sizes and cause ads to load more slowly.  As advertisers have realized better fraud and viewability measurement tools on desktop, mobile in-app has looked somewhat unattractive in comparison.

Fundamentally, these are all solvable problems.

Lack of premium inventory: I would argue this has been largely solved. The mobile game space has matured, and advertisers have started to shift their perception of mobile games as offering a quality user experience. Consumers are also doing much more within mobile apps than just playing games – particularly verticalized search. Verticalized search refers to apps that accomplish a very specific type of searching, and mobile apps tend to be ideal for on-the-go searches around food, travel, taxis, clothing, news, etc. Additionally, there has been a move towards in-app PMPs which allow for improved prioritization and demand higher CPMs. This prioritization allows marketers to get a first look at the inventory and the opportunity to buy at a premium rate, before it becomes available in the open market.

Fraud: This is a major industry problem and worthy of much discussion. There have been great strides in reducing fraud within desktop through adopting industry standards like ads.txt, working with fraud vendors for improved detection, and general education about tactics to improve prevention. But one of the main tools in reducing fraud has actually been buying behavior – specifically, less reliance on ad networks.

It’s pretty simple: as a general rule, the more intermediaries one introduces into a media buy, the higher the probability for fraud. When buyers purchase media through ad networks who may be on top of another ad network in a daisy-chain several layers deep, fraud will happen.

The mobile equivalent of ads.txt for desktop, app-ads.txt, was recently released. It will take some time for ubiquitous adoption but it is an important step to address the complicated, and tricky nature, of in-app fraud.

Viewability: This is still difficult because of the implementation challenge outlined above and there are obstacles to overcome to improve measurement. However, the industry has turned a very important corner with the efforts around the Open Measurement SDK (OM SDK) led by the IAB. The OM SDK initiative is striving to create a standardized and open source SDK for advertisers to access a scaled viewability solution in in-app environments. While this is a nascent initiative it has received wide support by many app developers and exchanges, including PubMatic.

No one knows how long it will take for mobile in-app CPMs to catch up with mobile web, but I believe consumer behavior will force this gap to narrow by spending more time within mobile apps.  According to a Forrester report, over 44 percent of digital advertising budgets are going towards mobile in-app and web.

The weights that are dragging down mobile in-app CPMs are legitimate but by communicating more within the programmatic supply chain – from the advertiser all the way to the SSP or even app developer – we can solve for these problems and make in-app advertising a more transparent, cleaner experience. To learn more about our mobile solutions to improve monetization, contact us or visit our solutions page.

How to Implement Supply Path Optimization: Harnessing the Buyer Benefits of SPO

What You Need To Know About Supply Path Optimization (SPO)