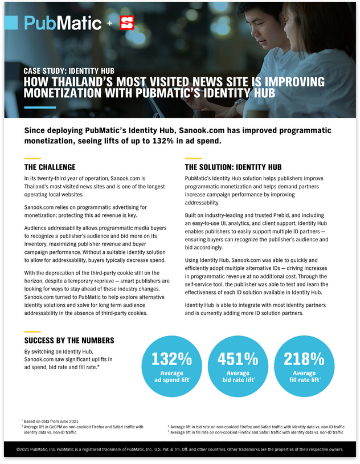 In its twenty-third year of operation, Sanook.com is Thailand’s most visited news site and is one of the longest operating local websites.

Sanook.com relies on programmatic advertising for monetization; protecting this ad revenue is key.

Since deploying PubMatic’s Identity Hub, Sanook.com has improved programmatic monetization, seeing lifts of up to 132% in ad spend.