What Casual Game Developers Need To Know About Programmatic Monetisation 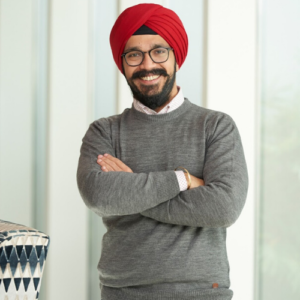 The pandemic has seen consumers spend more time on mobile app, and has redistributed that time on mobile – away from travel related apps and into other verticals with gaming being one of the big winners. According to Sensor Tower, mobile game downloads jumped 42.5% YoY in H1 2020.

As consumer time spent with their apps increases, mobile app game developers need to ensure they have the right tools and strategies in place to see corresponding increases in revenue.

Based on a cost model from App Press, developing a mobile app can cost up to $100,000. And as India’s gaming market continues to evolve, developers must continually upgrade user experience as gamers expect more and more sophistication. So, having a robust monetization strategy in place is critical.

For many casual game developers, subscription monetisation models are not right. The latest report by AppsFlyer found just 2% of all mobile gaming app installs worldwide were subscription based.

In mobile first India, the combination of widespread adoption, cheap data and the appeal of free gameplay has seen developers who embrace the free to play model reap the rewards.

And while in-app purchases (IAP) may a suitable monetisation tactic for certain styles of game such as battle based games, for many casual game developers, relying on this method can risk alienating gamers who don’t want or cannot afford to pay.

So what are some of the key factors casual game developers need to consider when looking to scale their ad monetization?

When it comes to monetization via advertising, programmatic offers an efficient way of using technology to both manage the auction of inventory, and apply data parameters to target a specific group of users/audience.

Of the different programmatic auction models, header bidding and the waterfall are the most common. We’ll explore those in a little detail.

Header bidding vs. the waterfall

In contrast, header bidding gives the developer access to all demand sources (such as SSPs, DSPs, exchanges and networks) at the same time. All buyers respond to an ad request in tandem and developers can pick the highest bid as the winner.  For this reason, header bidding is also known as advanced bidding / pre-bidding.

In the waterfall setup, when an ad request is not filled by a demand partner, it gets passed back to allow the next demand partner in line to bid on it. This ‘passback’ process takes up part of the limited time there is for a request to be filled. If a request is not filled in time, it times out – so passbacks contribute to lower fill-rates for developers, along with discrepancies in reporting numbers. Header bidding eliminates the passback requirement and improves fill rates.

Because all buyers bid at the same time, this type of auction set up also increases the competition amongst demand partners, as a result delivering higher yield to developers.

Having access to multiple demand sources, and ensuring maximum value for each impression is particularly valuable in the current pandemic climate.

In addition to setting up their programmatic auctions in the most efficient way possible, it is important for developers to fully understand what buyers are looking for when it comes to programmatic buys.

Inventory quality and transparency are important factors when it comes to programmatic media buys.

Much has been made in recent years of the invalid traffic (IVT) issues rife on mobile inventory. Add to this the lack of transparency between the two ends of the digital supply chain in in-app environments – with multiple middlemen, rampant reselling and arbitraging that results in media buyers having very little idea what working media they actually get for their initial buy, and it’s easy to see why they’re nervous!

Adoption of IAB Tech Lab initiatives like ads.txt, supply chain object and sellers.json in the web space gave buyers confidence that they were buying inventory from certified sellers and not unwittingly putting money in the pockets of fraudsters. And these initiatives are coming to the app space. Last year Tech Lab launched app-ads.txt – the app equivalent of ads.txt – making the app ecosystem and a safer and more transparent place for buyers. On November 2nd, Google’s DV360 made having app-ads.txt files deployed a mandatory buying requirement.

On desktop and mobile web, the industry has an agreed viewability standard – the degree to which an ad has the opportunity to be seen by a user – and it is measured by independent third parties. Implementing the same viewability tracking in the app space is considerably more complicated than on web due to the need to integrate multiple vendor SDKs. However, in 2018 the IAB Tech Lab’s Open Measurement SDK was made widely available – it includes viewability trackers from multiple vendors in one handy SDK, thereby alleviating many of the developer pains. Rather than integrate with multiple vendors, developers can adopt a single standardised SDK, and buyers can finally get a true picture of whether their ads are being seen.

Having both app-ads.txt and OM SDK implemented has become a common threshold in media selection.

But what other factors make some app media more attractive to buyers than other media?

Media buyers want to find the right target audience for their campaigns.  The more user data provided the more accurate the targeting and the better the campaign results. Passing as many parameters as possible in the bid stream (such as app bundle, app store URL, etc) makes inventory more desirable – particularly on iOS when the IDFA is no more.

Using the right ad format is important when it comes to engaging with the target audience. Rich media banners are commonly used by media buyers in in-app environments, but interest for in-app video is on the rise5- including formats like rewarded video. Game developers need to ensure they have a variety of ad formats that allow media buyers to take advantage of this engaging media with a variety of different creative assets.

Media buyers often plan campaigns that span multiple countries and even regions. Having inventory that meets international standards opens up huge opportunities for developers to monetize beyond their domestic borders.

The Interactive Advertising Bureau (IAB) is the organization that guides the media and marketing industries with a set of standards, guidelines & best practices. These are widely adopted by industry players globally.  Developers should ensure their app inventory is compliant with these standards and guidelines to maximise the potential of cross border revenue opportunities.

To secure global campaign budgets, developers should ensure they create ad inventory that is suitable for audiences beyond their own borders. Global campaigns will often require standard ad inventory, to fit their creative assets.

In the previous article of this series, we talked about how creative incompatibility was an issue for media buyers.  International advertisers often develop creative assets based on formats tried and tested in their home markets, that adhere to IAB guidelines. Whilst alternative formats such as “splash” in China might be popular with domestic advertisers, it is rarely used elsewhere and will cause problems for international creative assets.

Whilst there are undoubtably advantages to working with local SSPs when thinking domestically, when trying to access international demand, working with an SSP with a global footprint is key.

Working with global SSPs saves time and resources for developers – the SSP does the leg work of testing and identifying which demand sources generate the best yield for a developer’s inventory.

Some developers like ByteDance (owner of popular social media app TikTok) have enjoyed huge success applying different monetization strategies for domestic and global inventory. Given the uniqueness of the China market vs. the rest of the world, it’s a wise approach.

To use the example above again – the “splash” format is a highly intrusive, but valuable format in China. The ad loads as soon as the app is opened, it takes over the full screen and lingers for 5-10 seconds, often complete with a CTA feature. Naturally advertisers in China pay big bucks for this highly viewable format. But it only works as an ad unit because consumers in China have a higher tolerance for intrusive advertising. Among global users with a lower tolerance for ads, this sort of ad unit would quickly ruin the user experience and earn an app disastrous ratings. So it’s not an appropriate monetisation tool for the international market.

Tencent, the owner of the hugely popular WeChat and PUBG, is another example of a Chinese developer that separates out domestic inventory from global and applies different strategies to each. And it’s not just developers in China, we’re seeing more and more large-scale developers across Asia applying similar strategies – Naver, Kakao and Line to name a few.

In summary – if you’re a developer or app developer looking to scale your monetisation through programmatic advertising there are three things you should do:

Originally published in The Gaming Reporter

The Publishers’ Guide to Addressability