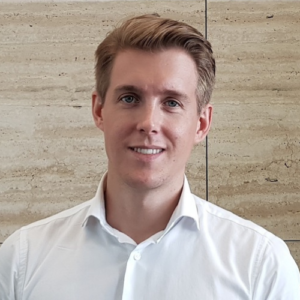 Mention an A/B test and many advertisers immediately think about creative assets. From display ads to emails, pitting one design or bit of content against another is a fast and effective way to learn and improve before or even in the middle of a campaign. The sheer simplicity of an A/B test makes it particularly enduring as a go-to option for many non-technical marketers and advertisers.

However, it is little used in other areas of our industry – particularly when it comes to programmatic ad technology. Too often, publisher technical and optimization teams hurry through testing, fail to use a control, or overreach with complex multivariate testing, when A/B tests may be the most reliable and accurate approach. This is true when testing new demand partners, data partners and other vendors in a publisher’s ad stack.

Trying to assess the value of a new technology, feature or revenue stream should be, but rarely is, a scientific process. Bad testing is the same as a flip of a coin, the results will be meaningless. In programmatic advertising in particular, bad testing is rampant – when assessing many important elements including identity solutions, server-side versus client-side placement, what bidders to use, and auction timeouts. Proper A/B programmatic testing, with more data-informed decision making, can provide publishers with real guideposts for how to evolve their programmatic strategies, ultimately driving increased revenue potential.

There are a variety of common, but incorrect ways that publishers test their ad technology. Some may compare two ID solutions by testing one in the morning and one in the afternoon to see which performs better, or by adding a new demand partner on the server side and simply assessing if revenue goes up. In both scenarios, a host of issues such as outside influences, different test environments and incomparable data can impact the results.

It is better to structure fair A/B tests that consider all variables that need to be equalized and isolate each individually rather than waste time with haphazard tests that take up valuable development resources and don’t provide real answers. Test one thing against a control with randomized split testing, get a clear answer and repeat.

The places where better testing is needed most

Last year, many publishers saw big traffic increases, shifts to mobile and video and lots of new revenue opportunities – all of which can be best monetized through smart testing. Here are the most important elements to prioritize when testing to optimize this year:

Programmatic is complex – there’s no way around it. Every tech stack is different, every channel requires more technology and more processes. The only way to create a truly accurate measurement practice is to cut through the complexity with highly targeted, streamline tests. Getting better at testing is a requirement for getting better at efficient monetization.

Consolidation Raises the Stakes for SSPs