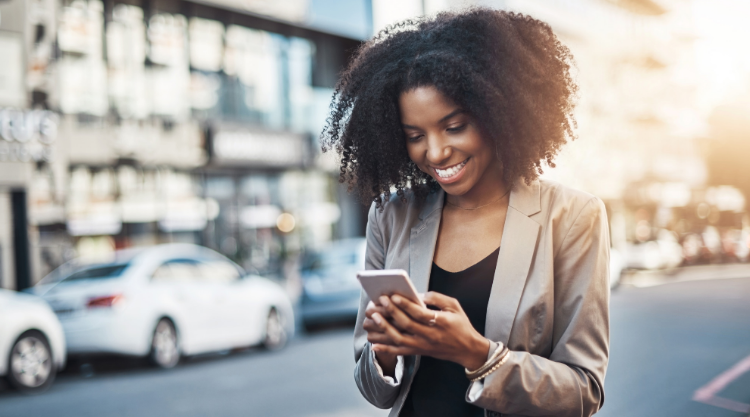 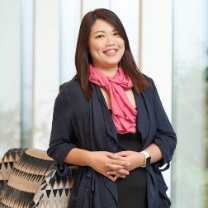 The words Asia Pacific and mobile first are synonymous – in advertising lingo you almost never hear one without the other. And for good reason – consumers across the region are increasingly reliant on their mobile devices – from entertainment on the daily commute with casual games, catch up TV and social media, to booking taxis, checking the weather, searching for lunch bargains and paying for groceries. And the undisputed queen of Asian mobile user engagement – the mobile app. In fact the mobile app is so ubiquitous here that over 75% of digital users consume all their social media, lifestyle, travel, news and utility content on apps.

So I think we can agree – the opportunity is huge. eMarketer predicts that smartphone users will hit 2.06 billion by 2023, dwarfing all other regions by a long way.

And where consumers go, advertisers follow. Worldwide mobile ad spending will hit $402 billion that same year according to eMarketer, with APAC accounting for $149 billion. China, Japan, Australia and South Korea will lead the way in terms of spend.

The US market has traditionally driven digital ad spending trends, and already we’re seeing media buyers shift their spend into in-app. eMarketer predicts this year 85% of mobile ad dollars will be spent on mobile in-app inventory.

Despite the overwhelming popularity of apps among consumers, and the gradual shift in ad spend, there is still a lot of wariness from media buyers when it comes to in-app. Why?

There are several contributing factors, but two key reasons are transparency and viewability.

Much has been made in recent years of the invalid traffic (IVT) issues rife on mobile inventory. The first half of 2019 saw app install fraud alone cost the industry $2.3 billion.

Add to this the lack of transparency between the two ends of the digital supply chain in in-app environments – with multiple middlemen, rampant reselling and arbitraging that results in media buyers having very little idea what working media they actually get for their initial buy, and it’s easy to see why they’re nervous!

Media buyers rely on a raft of metrics to measure the performance of their campaigns – and everything from clicks, installs and purchases can be used as a proxy for success. But a question more fundamental, and more difficult to measure in the in-app space, is whether or not the ad was actually seen.

On desktop and mobile web, the industry has an agreed viewability standard – the degree to which an ad has the opportunity to be seen by a user – and it is measured by independent third parties.

Tracking viewability on web only requires a pixel to be deployed, but in the app space it’s a different story. Third party measurement in in-app environments requires the use of software development kits (SKDs) that allow these external companies to integrate their products into the app itself. Getting app developers to install SDKs can be difficult. Every time a new SDK is integrated the app itself must be updated and tested, adding to the developer workload, app owners must ensure the SDK is privacy compliant in all the markets in which they operate and, most crucially, each extra SDK adds to the overall app weight which creates latency and a worse user experience.

So developers have traditionally been reluctant to integrate with multiple viewability vendors – and buyers have struggled to measure viewability effectively in this space. But things are about to change.

In the mobile and desktop web space, huge strides have been made in terms of transparency, efficiency and a focus on viewability, and globally the in-app space is starting to follow suit.

In the wake of the brand safety and scandals of 2017, and Marc Pritchard’s notorious comments about murky digital supply chains, the industry came together to clean up its act. The result was supply path optimisation (SPO) that saw media buyers and media owners work together to create a more transparent and efficient ecosystem. As buyers embraced SPO and worked with fewer, more reputable vendors many of the resellers and arbitragers were eliminated from the supply chain, and media buying was streamlined as buyers reduced bidding duplication through different pipes.

Adoption of IAB Tech Lab initiatives like ads.txt, supply chain object and sellers.json in the web space further consolidated this success, giving buyers confidence that they were buying inventory from certified sellers and not unwittingly putting money in the pockets of fraudsters.

In 2018, the IAB Tech Lab’s Open Measurement SDK was made widely available – it includes viewability trackers from multiple vendors in one handy SDK, thereby alleviating many of the developer pains. Rather than integrate with multiple vendors, developers can adopt a single standardised SDK, and buyers can finally get a true picture of whether their ads are being seen.

Then last year, Tech Lab launched app-ads.txt – the app equivalent of ads.txt – making the app ecosystem and a safer and more transparent place for buyers.

While adoption of both these measures was initially slow in app heavy Asian markets like China and South Korea, they’re now gaining traction as awareness grows on both sides of the ecosystem.

Technology partners like PubMatic have an active role to play in educating both sides of the market, maintaining clean and efficient pipes and ensuring transparency initiatives are enforced platform wide. In working together, we can ensure in-app advertising sees its true potential realised.

Over the next couple of weeks – we’ll take a deep dive into the buyside perspective, and then the developer POV.